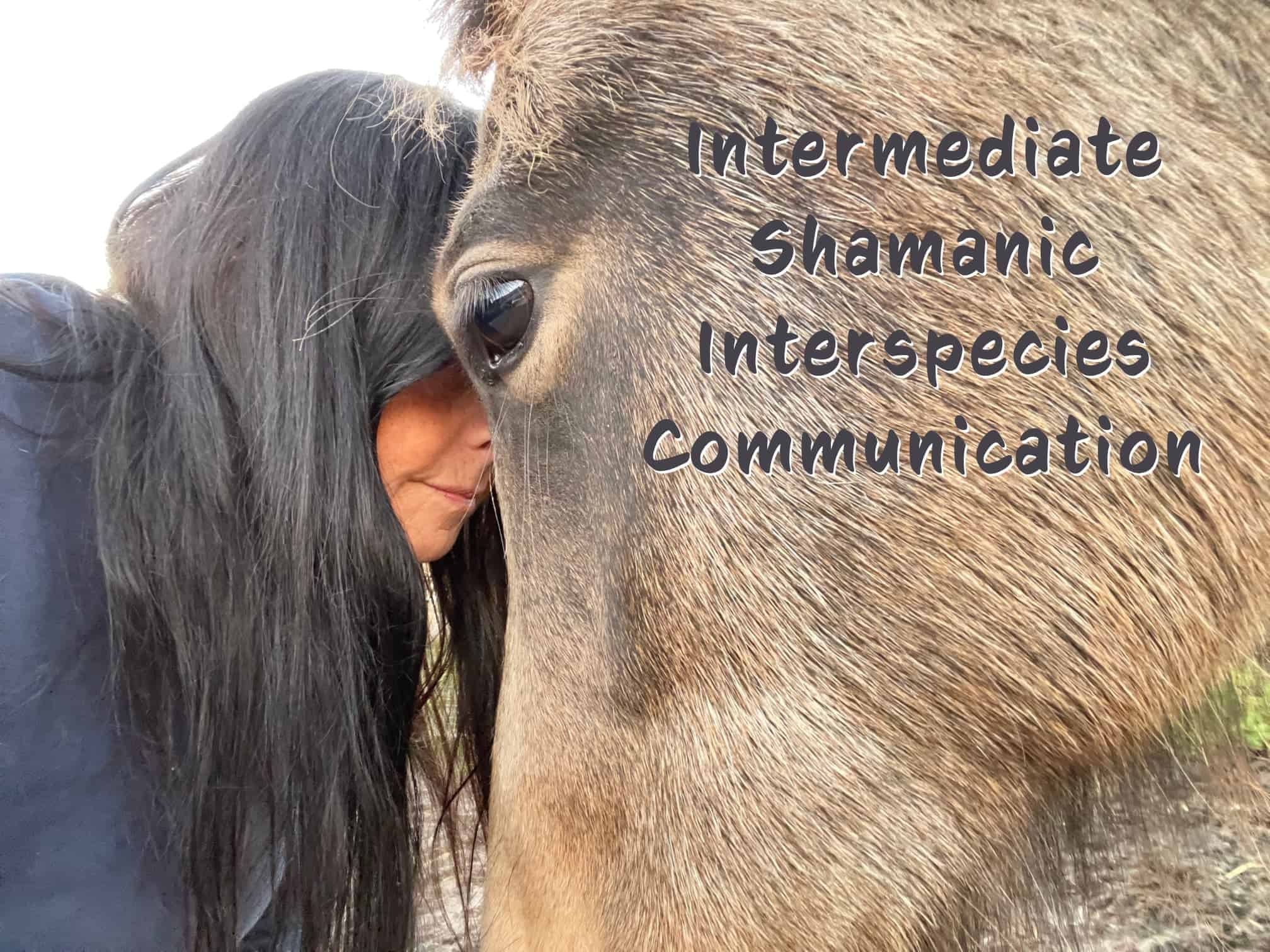 Do you want clearer communication with the animals in your life?

Do you want to better help souls who are passing?

Can you be the Medicine the planet needs right now?

The lost, sacred, universal language of silence is the language spoken by all of life. The animals, the trees, rivers, stones, crystals, mountains, stars — even the Earth herself. Humans call it telepathy or thought transference or interspecies communion. Fae Druid Priestesses call it “Sacred Listening.”  This coveted skill is the skill of the healer and the change-maker. To listen in this sacred way to all life on the planet and beyond is desperately needed today.

So please join me for a day’s workshop intensive, diving deep into the art of communing with all different kinds of beings.

In this immersive, live Zoom workshop you will:

If you love your animals and want to connect with those who share your life more deeply, then this is the course for you.

But more than that, it’s time to live with the planet and not just on her. I want to help you see animals as part of yourself, to see the trees, rocks, and rivers as part of who you are.

We are all connected, and the better you can communicate with animals and the natural world, the more you can be a light for the world. And the world sure needs that right now.

This is a unique class not taught anywhere else. 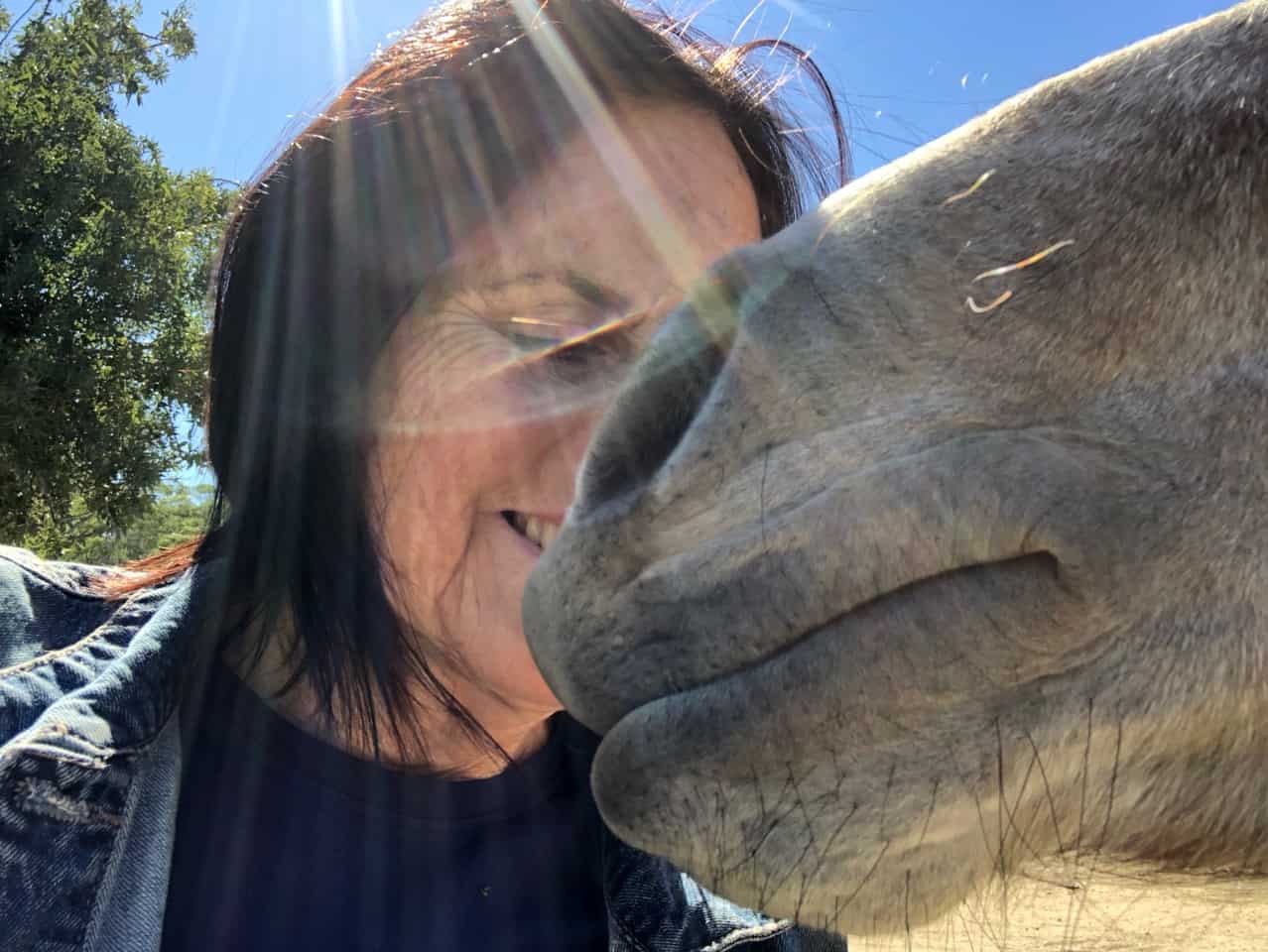 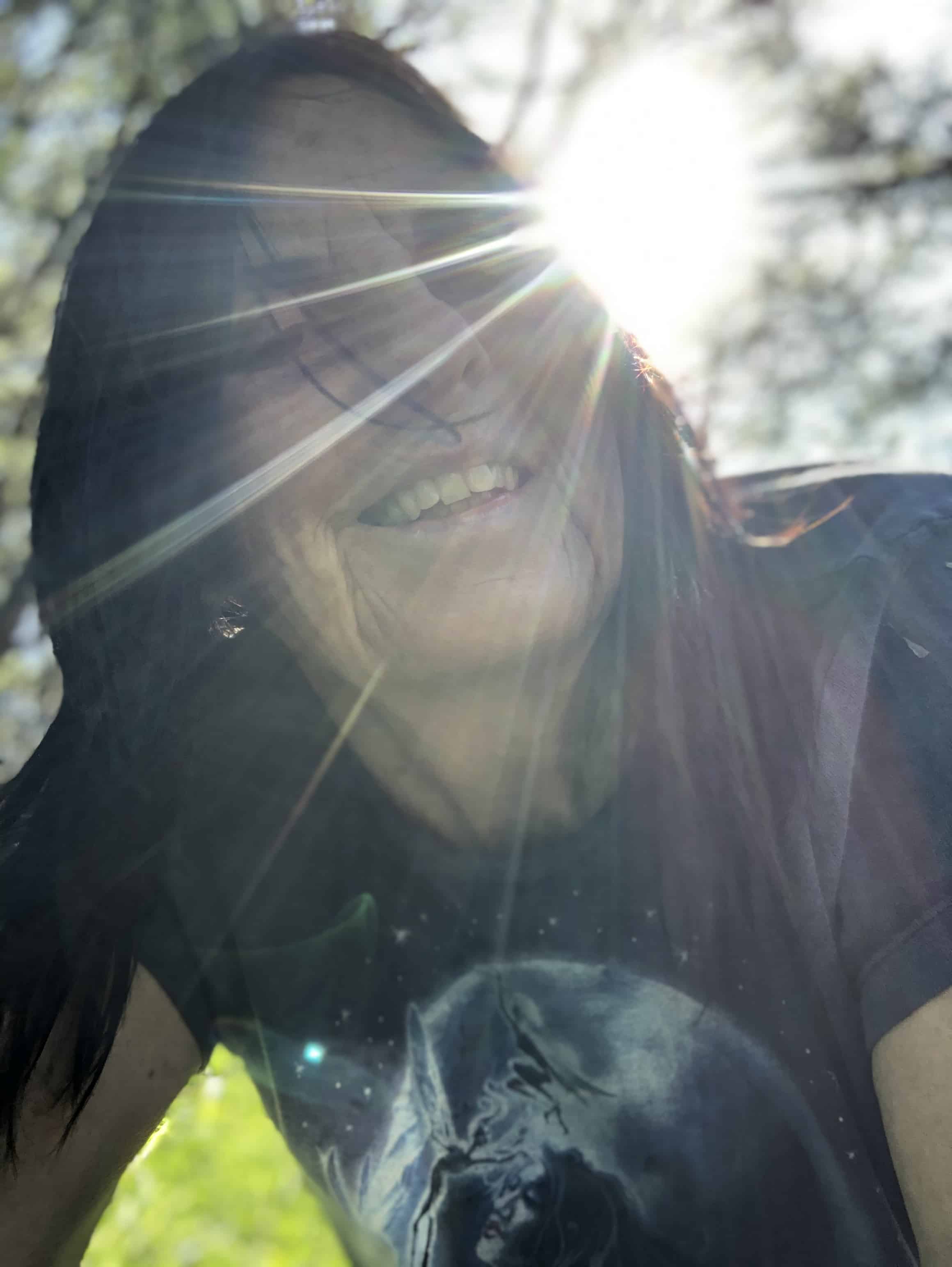 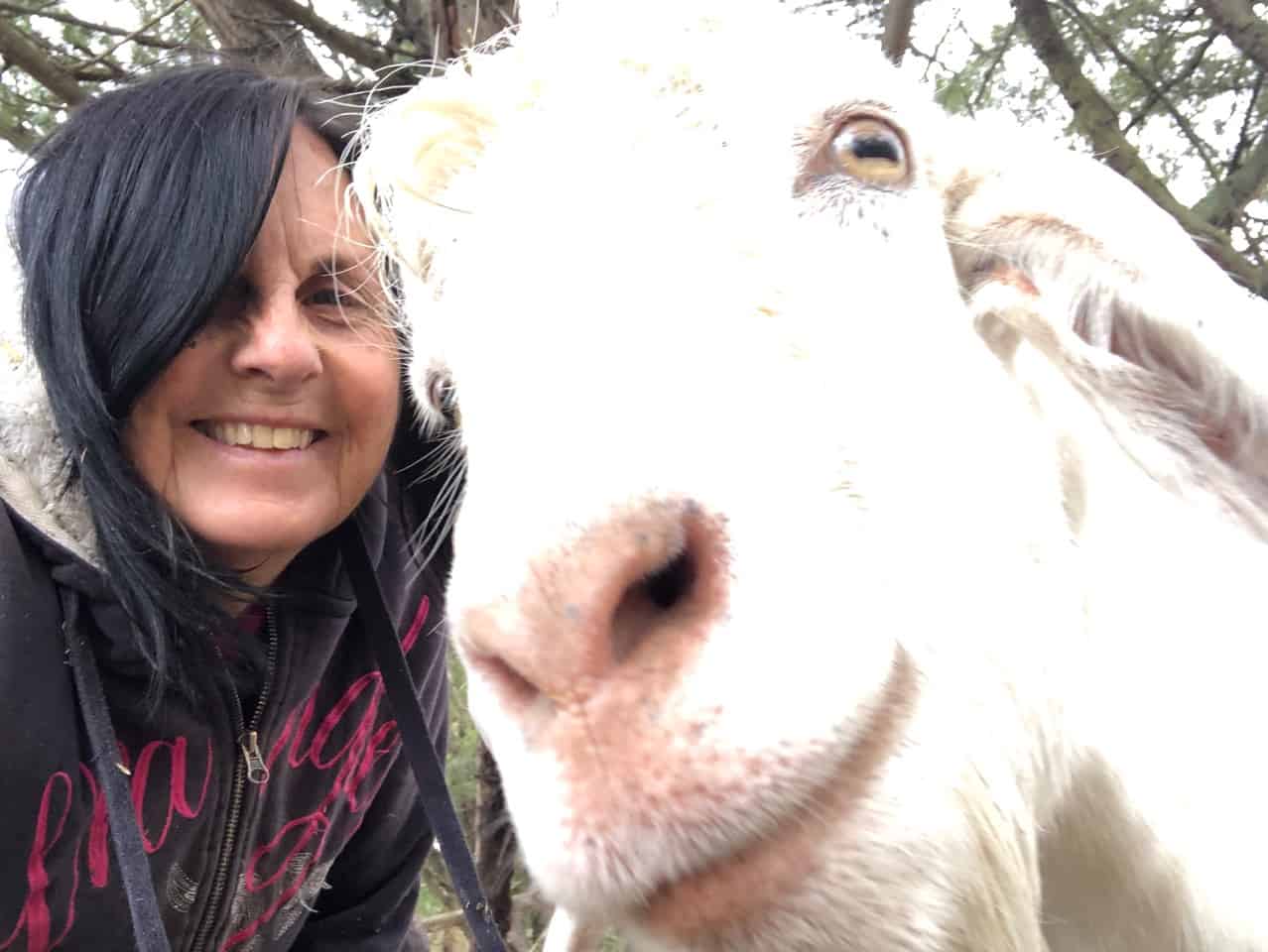 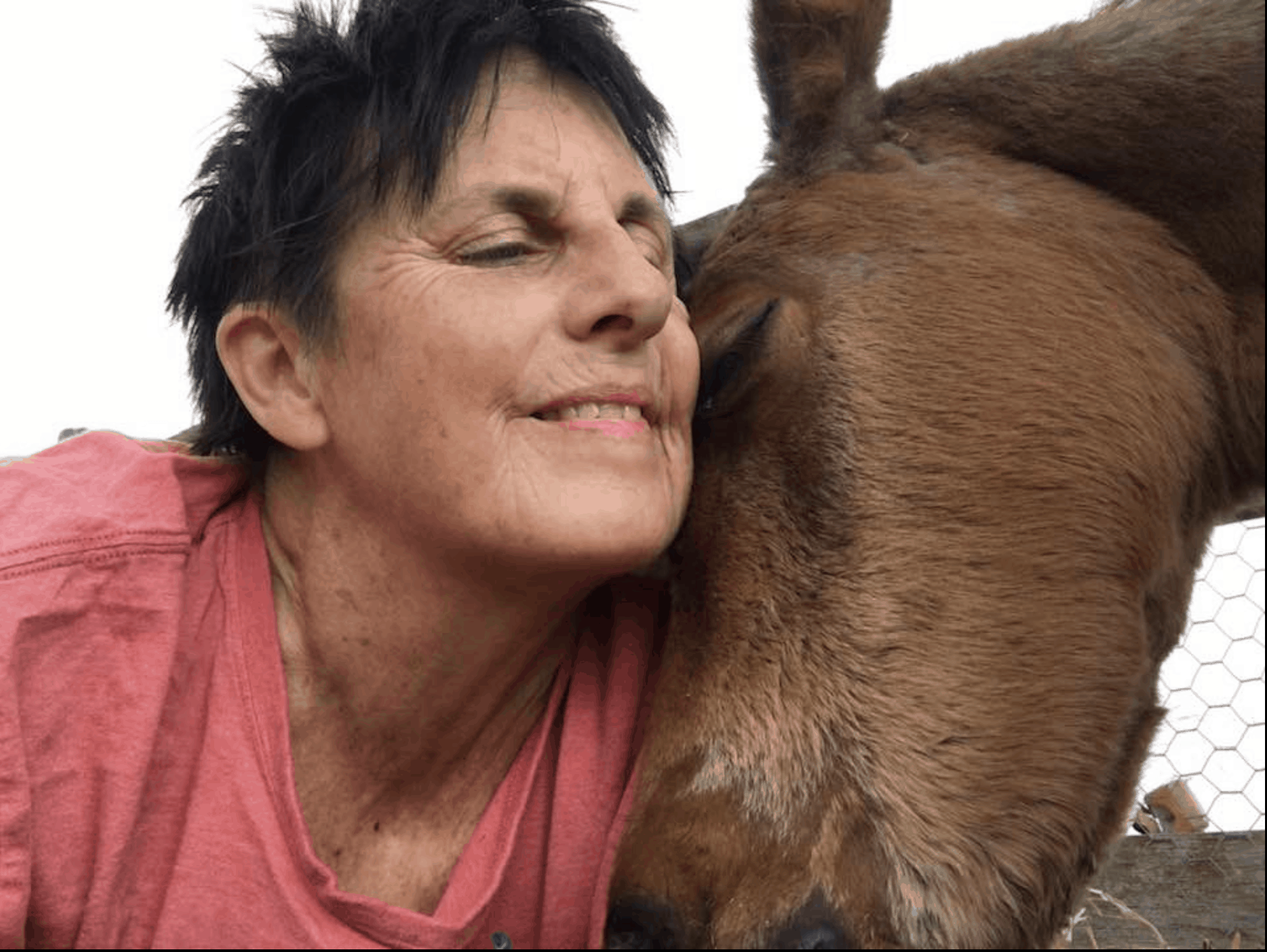 My name is Billie Dean and I was born remembering the Universal Silent Language that all life speaks. Some people call it telepathy, but for me it is more than that. It’s experiencing the world from a non-human perspective. It’s walking in the footsteps of others who aren’t human, and sharing their perspective, thereby gleaning answers to this world’s many problems from those who are most affected by the heavy human footprint. It’s feeling their pain and their joy, and experiencing deep knowing and a deep love, the result of a deep connection.

Imagine if all humans came back to that and treated the natural world accordingly.

I have been a voice for animals and nature since I was a child of eight, speaking up about the wrongs I saw, but also being told I was “too sensitive.”  I started communing with other people’s animals nearly four decades ago, when an ally in spirit suggested I use my gift that way. He called me the Woman with Twin Tongues. I already had a career in the entertainment industry, and was worried what people would think of me, so I started just with my friends in natural horsemanship circles. Word spread, and soon I had an international clientele. After I wrote a book about my work, Secret Animal Business, I was in demand globally as a teacher also.

Thouands of animals helped later, my soul had other plans. The animals were calling me to create a safe refuge and more and more turned up at my doorstep. So now I run Australia’s largest farm animal and wild horse sanctuary, with my family, communing with all the beings who live with us in this special place where every soul has agency. It’s a blueprint for tomorrow, embedded in this reality today.

But my work doesn’t stop there. The old language is universal. And from a very young child, I was always speaking with not just animals, but trees, stones, shrubs, the Unseen and the dead. Everything. As I grew, the tree spirits and the Fae took me under their wing and taught me the ancient Faery Priestess ways, which is also how I llive at my sacred animal sanctuary, A Place of Peace. To understand myself more fully, I studied both shamanism and druidry for many, many years. I was also drawn to study many different natural healing modalities.

The art of Sacred Listening is so healing that it is very highly thought of by the Faery priestesses. They say it “prevents problems from becoming problems.” Modern humans are surrounded by so much noise they have forgotten how to Listen. Not just to the natural world, but to each other.

I want to help you remember the Old Ways, not just of communing with your own beloveds, but walking in the world in a way that makes your light shine, that makes our great Mother Earth smile and say, “There’s another of my children come Home.”  All beings speak this language — the rocks, the rivers, the trees, the living and the dead. And they need to be heard.

Today, we’re at a tipping point. We can choose to go down the drain of fear or we can rise up, resist, and remember ways of walking that will take you on the journey you came here to make — a journey that will make a difference to the world. To help the planet tip into the promised Golden Age.

We are spiritual beings having an experience in a body, and for centuries, we have been disconnected from the truth of these physical vehicles. We need now to open up our hearts. We need to run wild again, as part of the “forest” community of natural world, not just observing, but experiencing with every sense.

This workshop is designed to help you sharpen your telepathic skills, and give you some tools, techniques, and ways of being that will help you dissolve the walls between you and others — both seen and unseen.

This is old knowledge handed down from the Unseen from the days when humans were stewards and guardians. It’s time to be that again.

Please join me for an adventure in learning — not just how to Listen, but how to be your highest and best self to help the animals in your life, and to help the planet tip in the right direction, not just for people, but for the entire natural world, and for our Mother, the Earth herself.

What People Are Saying

Billie Dean (small in stature, but big of heart!) is a true global visionary, resonating with the wisdom of an elder. — Kayla Jakota, SA

Billie is a shining example of how being so gentle is such a strength. The animals are blessed to have her speak and act on their behalf with whole-hearted commitment and devotion to their entire wellbeing.” – Eve Nguyen, NSW

I attended the Introduction to Shamanic Interspecies Communication course, and found it most helpful with interacting and respecting animals. I especially love the meditation section, going on the journey with the drum. —  Judy Fountain, NSW

I have participated in a number of Billie’s workshops in the last few years. I have enjoyed them all. I love the things Billie teaches, as I can use them to help in magic ways that benefit animals or humans, plants, all kingdoms. And that’s what we are here for. — Tammie Morton, Vic

The Class Will Include…

After This Intensive, You Will…

This workshop assumes you’ve done my Introduction to Shamanic Interspecies Communication class (available as a recording at that link), or one of my earlier animal communication courses (ask me if you’re not sure). While I’ll review some material, the whole point is to go deeper.

As you’ve heard me say before, the planet needs people willing to be different, to remember the old ways, the old knowledge. We need people to be true guardians and to be the Medicine and the Light! This makes our own personal lives so much richer and more meaningful and authentic. And if we humans get on track, we affect the collective consciousness and make it brighter. Ultimately, that’s what shamanic interspecies communication is all about.

If you’re open for it, this is a transformational class, but also  fun, because that’s the best way to learn.

When: Sunday, August 7, 2022 from 10:00 am to 4:00 pm (Sydney time). Click here to work out when that is in your time zone. Just select your location in the Add Location box toward the top. There will be a recording if you can’t make it on the day.

Note that if you need a payment plan, please contact me and we can work one out. (Payment plans are typically some agreed amount over agreed intervals, adding up to $395.)