How to Unschool instead of Home Study… and have a happier family! 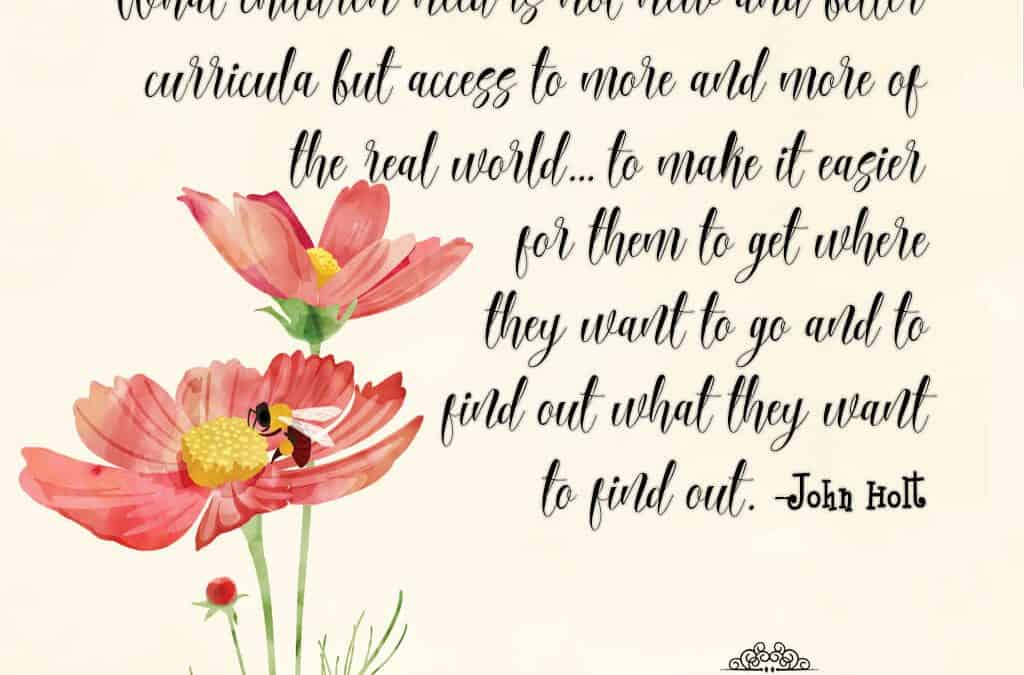 In this time of lockdowns and quarantines and stay-at-home orders, I’m hearing from parents how stressed they are trying to tend to the desired school-at-home needs.

What if you didn’t? 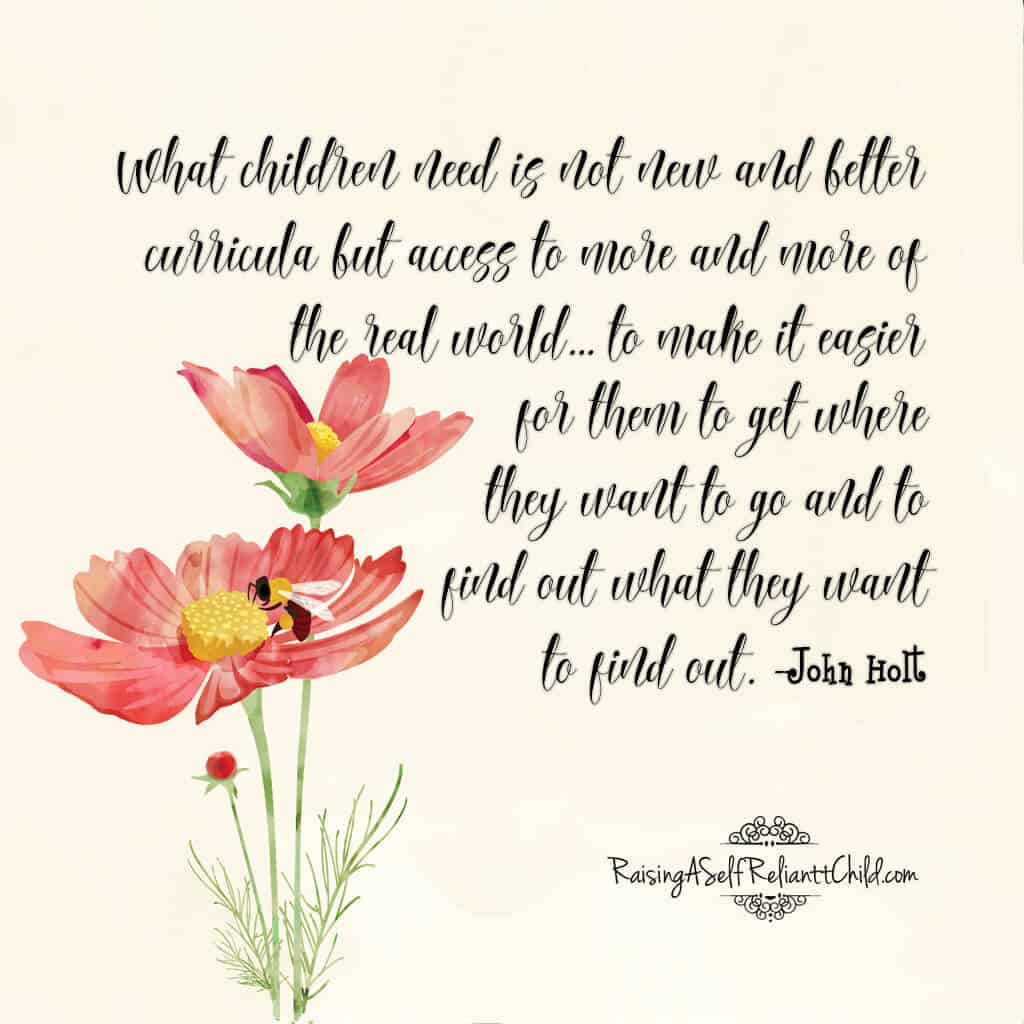 We homeschooled our daughter all the way through using the unconventional unschooling method. It made for an incredibly rich family experience without the pressure of anyone dictating to us what she had to learn or when. Today she is a writer, brilliant at structure and story building, whom we both look to for our own projects as a vital part of the team. She is also a determined vegan, caring about animals beyond herself, and an invaluable member of our sanctuary team.

I first came across the idea of unschooling when my husband Andrew and I were invited by a homeschool group to teach improvised comedy. The first thing I noticed was how open and happy the children were, and how quickly they picked up the concepts, compared to the school children we taught, who even the under 10s were already showing signs of rigid thinking and strong boys-vs-girls behaviours.

Children from alternative schools like Montessori and Steiner were also open, but the homeschooled children were all embracing and fast on their feet. They blew me away.

Improvised comedy is a tool for imaginative thinking and creative problem solving. By saying yes and to a situation, you open the door to creative resolutions. This is what we so badly need today.

So Andrew and I went to a homeschool conference and started learning about the different ways children learn and how trying to fit round pegs into square holes just caused so many problems. All children have their unique ways of absorbing information. Our daughter was literary, which was perfect as we are both writers and in the creative arts.

We also were acutely reminded that schools only came into being at the turn of the 1900s. A bit over 100 years. And we learnt that the ideas of schools came from the need to create workers. Future leaders in America, for example, were sent to elite schools. The workers were the rest of us to create a “little box” mentality and a cookie cutter nine-to-five existence. So we get houses in suburbia all looking the same and this false notion that nine-to-five will lead to success which meant a larger home, a faster car, snd more shoes.

Today we are seeing the fallout of this kind of societal operation.

Before the introduction of the industrial revolution and the idea of schooling, children absorbed information from everywhere. They were like sponges. You could get a tutor to come in or one to go to, but classes were incredibly small and didn’t take the entire day.

At one homeschool conference, the celebrated , award-winning USA teacher John Taylor Gatto gave us a talk. He was in Canberra for the Conference and had stepped away from the school system to help parents home school.

He told us the story of how he and his wife went to Europe for a holiday and came across an abandoned little town in France. There was a memorial there explaining the town’s chilling story. The Nazis had come through at the end of the war, ordered all the children to get into the Church which they all obediently did. Except one boy. The “naughtiest” boy in the village who had a bad reputation for never doing as he was told, ran off and hid. The Nazis fired on every home, and then set fire to the Church, killing everyone in the village. Every single soul. Except for the “naughtiest “boy who didn’t like to obey orders and thought for himself.  He is the only survivor because he didn’t as he was told.

I found this a chilling lesson in independent thought. And the whole idea of homeschooling took on a new meaning and importance.

We started doing a structured course that we purchased, but our daughter was quick, very bright in the mind and needed more. So it was boxes of books from the library and audio books and being a part of our problem-solving and part of life on our sanctuary, and also part of our creative career.

At five she acted in our film Finding Joy. Later she was part of our documentary Seven Days with Seven Dogs. She travelled when she was 12 and met a wide range of free-thinking people when we made This Sacred Earth. At 15 she did classes with NIDA in acting and writing. The latter was too easy for her and she was bored. Because she was already doing adult screen writing workshops with me, studying under such brilliant minds at Stephen Cleary the British international story developer. She didn’t fidget during the class. She absorbed it better than any adult and asked great questions, From being reluctant to take in a 15-year0old to an adult class, the organisers welcomed Tamsin to study at any class they presented. She was always good value, asking pertinent questions.

For years, Andrew wrote kids books for the education market. I remember our young daughter reading them out loud, which helped  her own reading and learning, but also helped him edit them before they went to the publisher!  She even co-wrote a book with him when she was 14.

In the homeschool world in our state, you registered for home education. (Before Covid) The family is monitored and the inspector comes at the very least every two years. Much more if you need help. But the information the child gathered, and the way the parents home educated differed, and it was never an enforced thing so long as they could tell that learning was happening in an appropriate manner.  Our inspector was always really happy with Tamsin.  He could tell it was a literary household, and told us not to worry too much about maths!  For maths lessons. I had her handling sales at every fair and festival I had a stall at.

Socially, we belonged to a homeschool group which met every Thursday and was completely parent facilitated. We would meet for a picnic at the Botanical Gardens, go to the theatre, to bowling, to places of interest and history around the area. As the children got to high school age, some went to college for the last two years and some didn’t. They all followed their passions and interests.

From archery to fencing, writing to filmmaking, Tamsin’s interests broadened and enriched our family life together. Her best friends were also vegan, homeschooled and artistic. One of them grew up to be an actress, the other a photographer.

Unschooling is passion led. Instead of enforcing a curriculum, you give full rein to interests and include children in family problem -solving and every day activities. You nurture the imagination — which today, is greatly needed as we need to envision a new way to live. The old way has brought us to the brink of destruction. And so many humans are miserable, chasing the dollar instead of their dreams, mistaking the idea of material success, for a rich, authentic, meaningful life.

How many people do you know who are miserable in their nine-to-five existence or finding that in today’s uncertain world, they can’t exist. Imagine if they had been allowed and encouraged to follow their passion to make a meaningful impact on society.

One homeschool child we met was all about Lego for all his life. He created his own electronics company at the tender age of 18.

Often it is the school drop outs who are incredibly successful at life.

So please don’t stress about the need to homeschool in this day and age. Have the courage to spend this time getting to know your child, and encouraging their passions. Introduce them to the natural world and animals, understanding that this is something sorely lacking today as we school with a western human perspective and vital indigenous wisdom has been suppressed,

Teach them improv comedy to exercise their creative skills. You can do it as a family! It’s loads of fun. Include even the youngest children in your problem solving at home. You will be surprised by what they come up with. This is a fantastic opportunity to grow your own veggies as a family, put medicinal herbs in the garden, tend to their imagination by building fairy trees and calling to the spirits, teaching children about the importance of respect for the natural world and asking permission and giving love and asking the all important question, “How can I help?”

Instead of stressing out with what the school system says they have to do, download a ton of audio books and documentaries. Find out how your unique child learns. And be a guide.

It won’t hurt to rebel against a system that is in the process of breaking.

And your family will be closer and happier for it.

And watch out for our improv class Freeing Your Creativity!  Coming soon.

Billie Dean is a writer, filmmaker and animal advocate who, with her family, runs one of Australia’s largest farm animal and wild horse sanctuaries, A Place of Peace (deeppeacetrust.com). The family also runs a story studio, Wild Pure Heart (wildpureheart.com) and Billie teaches the non-human perspective through her school of Wyld Shamanism. (billiedean.com).