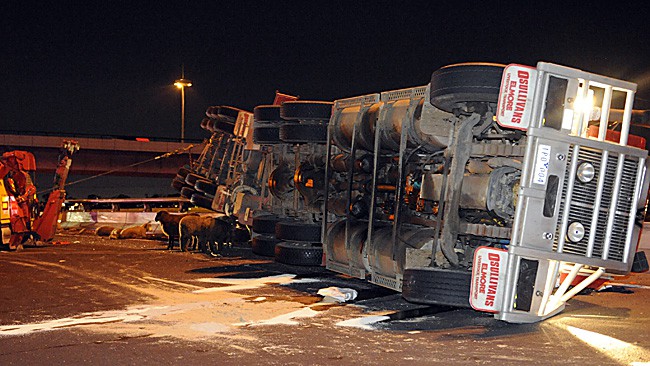 I was thrilled to learn that Molly Brown, the one sole survivor of the horrific accident which took the lives of 399 sheep (warning, some of the photos in the reporting of this story are horrific), has now found sanctuary at Edgar’s Mission. Molly has survived for a reason, and every pic I have seen of her shows me someone who is still in trauma and can’t quite believe her luck. She has a strong life urge and I want to honour her with every part of my soul. She will make a difference.

We did our normal Full Moon ceremony this month, and  the sheep who were killed in the road accident , came in for shamanic healing and release.  They were ANGRY. And under the anger were tears of wretched grief.   “We hate this.  We are finished suffering.  End this now.  End the suffering of our kind.  We can’t take any more.”

Another sweet ewe came forward  – shocked and grieving that she was shot because she survived. This was the solution given by the  “animal welfare” authorities.  What could I say to her except, ” I’m so so sorry.”

They took me into their forms and showed me what it was like, really like, being a soul in sheep’s clothing. Being a sheep is one thing, but treated like a commodity – it was a soul-shuddering experience. I took them through some deep healing and forgiveness processes until every one of them was free. It was deeply moving. I went through the entire ceremony with tears streaming down my face – their grief, as well as mine.

How can anyone with a heart allow the atrocities we do to these other species to continue?

They aren’t the first animals who have come to me in anger and been released. The grey kangaroo, culled in their own country by the thousands, have come in for release and said bitter words over and over and over. They aren’t unaware of their fate. They are intelligent beings who live in families, and they are angry and upset. It is like living in a perpetual war zone. Last month it was the Orangutan – upset because their habitat was being destroyed. They were so angry with humanity. I was pleased to be able to release them to the light, where they ultimately found joy, and peace.

The message is clear. The animals have had enough and they want us to stop. They need respect and they need a voice. We are their voice.

I first heard about the accident involving the 400 sheep in Victoria from one of my students who had been coming home from ceremony.  Her dog was very agitated, proving the sensitive connections animals have with each other and all life. My student didn’t know what was wrong with him until she came across the  awful scene of carnage on the road. She heard the words she had been praying for that night, “Deep Peace”.

I read her note to me and her fellow students,  and tuned into the sheep, doing much work with them and honouring their sacrifice – which became clear the next morning.  The first thing I read on Facebook was the news that the suffering caused by this accident had been cruelly dismissed by Channel Nine’s reporting, which said, “No one was hurt”.  I immediately urged people to write to Channel Nine. If the media knew the tide had turned and people were more compassionate and sensitive, then they would be too, and this would filter down into mainstream. This could be a turning point for change. I also heard the RSPCA had ordered the shooting of the remaining sheep when rescue groups had offered to home and rehabilitate them. I was a bit stunned to hear this. It reminded me exactly of the Jeparit pony story, where the answer by animal welfare (at that time the DPI) was to kill, rather than offer compassion and care. Again, humanitarian humans who wanted to help were dismissed, and truly I don’t understand why. It is seriously a fundamental problem in our society that we consider killing a form of care.

Would we shoot a human who may have been injured in an accident? No, the ambulances would be running hot to state-of-the-art hospitals to try and save the life of every human hurt. If you are unfortunate enough to be a different species, that kind of caring is not considered an option. And let me  put it this way. Do sheep hurt each other, other animals, their planet? No. But humans do. So why do humans get better care than sheep? 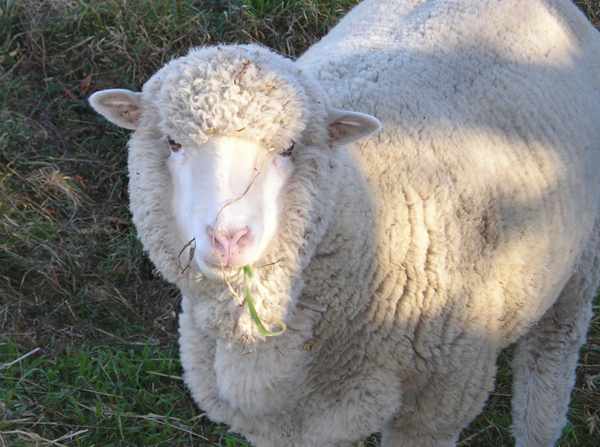 I talk about my poddy lamb Sarah in A New Era for Animals. Sarah was raised in the house, is incredibly intelligent and would sit at my husband’s feet when he played piano. She loved music, sliding down a make-shift slide with the goat kids, and cuddling up by the fire with the dogs.  She is not that different to us. It is time to consider the non-humans and understand that truly ALL life is precious.

Sheep, and all animals, do count.  Anything less than respect and care is unacceptable.  They are not here for humans to eat.  They are not here to be tortured.  The animals have told me for a long time there would come a Revolution of Kindness for animals – this is the beginning.  Let’s make change now.  Let’s show our big hearts, and our humanity, and evolve into the grown-up species we are really meant to be.  Start by being kind.

Tips to a Cruelty-Free Diet

A cruelty-free diet is simple and the benefits to your finances, health and peace of mind are ten-fold.  There are all kinds of fake meats on the market for those transitioning from meat to cruelty -free. You can find them in your supermarket and health food store. But in tough economic times, you can simply use lentils and other beans, nuts and seeds, vegetables and fruit for a very  healthy and guilt-free diet.

Consider lentils or beans with vegetables instead of mince in a Shepherd’s Pie, or nachos, or tacos or a spaghetti/pasta dish, minestrone and other soups.  You could do  a roast with nuts and seeds made into a loaf .  Or combine grated veges, flour, No-Egg and seeds to make patties.  You can make a meal of zucchini fritters and salad.  Potato pancakes.  Pumpkin anything.  The recipes are endless and delicious.  You can do beautiful curries with chickpeas and rice, and if you want to move onto something more inventive, try blending cashews with lemon juice, black pepper and a bit of water for an amazing “cheese” to have with salad and bread.

Indian food is traditionally vegetarian, and more and more vegan and vegetarian restaurants are popping up all over the place if you eat out.  You can always find an animal-free option and many places will make you something special when you ask. I always thank them profusely. And the silly thing is – so many people resist the idea of becoming cruelty-free, but when the food comes out, they love it. I’ve had people at a seminar crowd around me and my very special vegan dessert because it looked so much better than theirs. (And was!)  At mixed food events, vegans have  to be served first or separately because the meat-eaters all tuck in. I’ve been left hungry at events because of this. So please know that this way of eating is not only acceptable,but it is delicious, healthy and desired.

As I’ve said before, even my dogs eat cruelty-free – and each of the six sport glossy coats, vitality and health.   For more information on this subject, please see my Veganism page.

Billie Dean is an internationally recognised interspecies telepath, animal and peace advocate and award-winning creative artist.  She  is the author of Secret Animal Business, and co-director of Wild Pure Heart Productions which creates  inspiring and heart-warming films about animals and peace.  Billie runs a transformational on-line school Rainbow Fianna, teaching animal communication with ethics and an eclectic blend of native  and visionary wisdom to help people evolve into the human angels animals need them to be. With her husband and daughter, Billie runs A Place of Peace at her home, where over 40 rescued horses run free, and is the founder of The Billie Dean International Deep Peace Organisation, a not-for-profit organsiation to promote peace and freedom for all animals through the arts, education and compassionate action. billiedean.com  Copyright ©  Billie Dean, 2012.  You are welcome to share  this article but only in its complete form with author, author blurb, and website attached.  Thank you!