Dealing with Death, and R.I.P Raffi, the Movie Star Dog 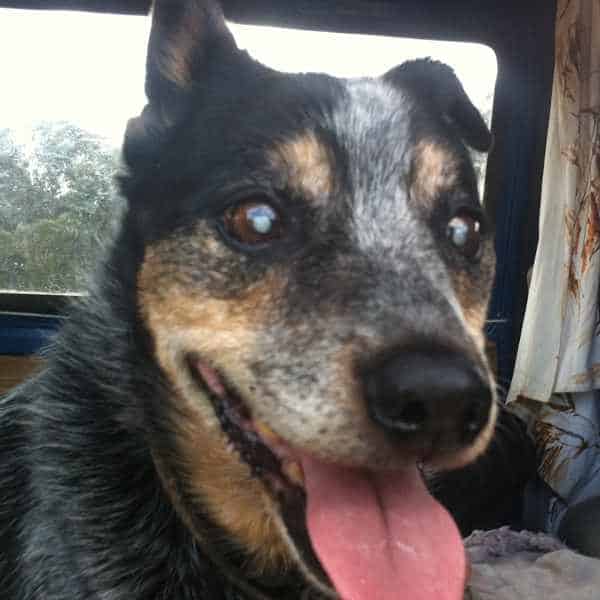 Raffi, from August 2011, taken about two weeks before his passing.

Death is one of those mysteries that informs our life, but is never really discussed in our society.  We are not taught to grieve.  And especially not over the loss of an animal companion.  Death and dying is, however, one of the things we discuss in detail during my animal shamanism classes because you want an animal professional to be clear about an animal’s last journey.

In our society, it is common practise by the veterinary profession and others to suggest an animal be “put out of his misery”, not understanding that there is a soul journey involved and a sentient being inside a furry coat with desires of their own.  Death is a natural process, like birth.  It’s only sometimes that help is needed.  And as I teach, sometimes all that is in the way of them leaving naturally, is telling us one final message, or  making one final request.

Having assisted the natural deaths of many, many animals, I am always amazed at the impeccable timing of the animal’s chosen time.  And so it was with our beloved Raffi – a passing so great that it has left all of us feeling delicate.  Having been  emotionally strong when Raffi was passing, I recognised the symptoms of my heart unravelling when Andrew and Tamsin left me alone on the normal homeschool group activity day in Canberra a few days afterwards.

Normally I love my “me” days.  I write.  I hang out with the animals.  I listen to the music and stuff I want to listen to without a teenager rolling her eyes.  But the day began with the brumbies having broken a fence, and there were cuts and loose stools and mares lying down.  The only way I could treat these wild ones was with energetic medicine, colloidal silver, and homeopathics in the drinking water.

The energy medicine worked, the mares got to their feet and the rest of the day was uneventful until I completed the evening chores with my heart suddenly pounding in my chest.  I took a deep breath and tuned into my higher guidance.  A hot water bottle was suggested.  So I lit the fire, got a hot bottle, dowsed my heart chakra in Aroma Life essential oil, and sat with my unravelling wrapped in a blanket with a hot water bottle on my chest.

It felt like my skin was raw.  The thought of the mundane, gross and shrill TV, or even movies, was horror to me.  I needed quiet and stillness.  I needed to grieve.  My chest was burning.   I thought it would burst open if I let it.   I took deep, calming breaths.  Raw and traumatised. I realised that I was holding grief for so many beloveds.  During recent ceremonies, all the killed farm animals – the so called “stock” of the meat industry –had come in for healing and release.  The heaviness in the room afterwards was palpable and it took a while to clear.  Grief was up in the animal world, and I was carrying that, as well as my own for Raffi.

It was time to let it go.

After about an hour, I had recovered enough to make dog dinners and hold the fort until Andrew got home to take over and I gratefully sunk into a deep and healing sleep.

I’m still feeling the fragility that comes with the loss of a loved one even though my head is clear, and I feel integrated and grounded again. To lose Raffi was like losing the heartbeat of our home, because he touched so many through his films and teaching.  He was officially Tamsin’s dog.  She named him the moment she saw him, exhausted, hungry and begging a place to live.  They adored each other.

Years later, his lifeless form lay on the dog bed under a yellow blanket – the colour of sunshine – which is what he was to us, to his fans, and to his animal communication students.

His passing to the world of spirit was very Raffi: charming, peaceful – and his way.  He gave orders right to the end, while we held space and offered remedies and Transition essence.

There is nothing like a life well lived, and a peaceful natural crossing to the other side.  It was an honour to sit in silence with him – and then behold his last breath and his joyful freedom.  He was thrilled to be able to see again, (he’d had cataracts) and said he would be back very soon.

I still feel his presence all around me.   Especially when it hits me that another precious beloved has left us and my heart starts to shake.  Raffi is like an angel then, a comforting blanket of unconditional love.

Raffi knew he was leaving and he knew when.  When I held him crying, and singing a song that had come through in a dream the night before, he waited patiently and gave me a little lick.  He let me grieve and I let him know how much he was loved.

I knew he was leaving, because I was crying and singing – and also because Cedar, our red heeler in spirit, left me a strong sign.

I was down at the stables and picked up a dog tag.  As soon as I read the name “Cedar”, I knew something was up.  Cedar had been gone for over a year.  She appeared in spirit and said she would look after Raffi.  And she did.  She was there at the end, waiting for him in the light.

Raffi rallied for about three weeks after that – and as often happens, looked healthier on the day he died, than he had on that day I mourned him with a song.

He was eating and enjoying life in the gentle spring sun.  He sat in his last circle of animal shamanism students, and was grateful for all the healing we did late in the night.  I kidded myself that he had changed his mind and would stay.  But he hadn’t.  He just changed his date.

Raffi came into our lives in the winter of 1999.  He turned up  on our doorstep as I was writing Finding Joy and turned out to be the perfect star.  Our telepathic connection meant that he was never trained, but he could “hit his mark” for the camera, look depressed on cue, and ad-libbed to make our film even better. Here is the song I wrote and sang for him in Finding Joy.

He was a bit annoyed he wasn’t the star of 7 Days with 7 Dogs – and had to share the lime light with the others.  But in typical Raffi form, he made sure he stole the show more than once.  He knew how to work the camera.

He hasn’t told me when he will be back or what form he will take.  He just said we would recognise him.  Our gentle, cheeky movie star, leaves a huge hole in the tapestry of our sacred weaving here at home.  A lively thread is missing — of brilliant colour.

He left me with a message to give others: “Be happy and love lots.”

And in these times of intense transition, make sure you make every day a jewel.

Copyright ©  Billie Dean, 2011.  Please share this article in its entirety with author’s name.