Crunchy Times: You Are Not Alone 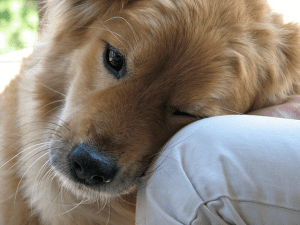 After a couple of super-charged, high emotion weeks where many animals and people suddenly left the planet causing shock and grief:  many people  were very emotional and  others in plain overwhelm, I thought it best to quickly write another post to make sure all my friends were not feeling alone.

So, if you know you still have forgiveness to do and issues to work out – do it.  Do your personal work.

There is much anger and irritability about, and all those ghosts of the past  are being drawn into your world – as I said – for healing and release.  It really is a time to notice, notice, notice who the Universe is sending your way and all those conversations you are having.  What’s being said?  What’s triggering you?  This is your clue to what is needing your attention.   It could  also be that you find old friends and /or family have shifted again and have suddenly come back into your orbit as relationships you truly value.  Or not.

The other thing that is prevalent in this time of accelerated time is a feeling of standing still.  It’s the best thing to do.  Don’t fight it.  Many of us who are sensitive are dealing with a lot of extra world energies right now, so take a breath — and some time for you.

Many people are feeling frustrated with this feeling, but don’t be.  Just nurture yourself for a bit.  If you are aware and doing your personal work, then you really deserve to just be — because each one of us doing this work is important.

You will go forward again, don’t worry.  But allow yourself to be for a while.  You need to nurture yourself, and out in nature, of course, is a very good place.  Read a book in the autumn or spring sunshine .  Take a mug of hot cocoa and just chill out.

Lots of lightworkers are working very hard in their dreams right now – and waking up exhausted.  It’s okay.  Pat yourself on the back – even if you can’t remember your dreams – you are doing great work, and you are needed.

Feeling giddy, ungrounded, coping with flu and other respiratory discomforts?  Join the club.

We’ve just had Samhain, and that’s worthy of a blog post on its own.  We set another place at the table as we do every year at this time, when the veil is thin and the dead walk.

The room was soon crowded with beloveds in Spirit bringing urgent messages and guidance for the three of us as we sat around the table enjoying thick lentil stew, apple juice, and chocolate soy ice cream (okay, I was supposed to make apple pie  and vegan custard  (with No Egg)  but I ran out of time!).

One of those messages is that we are in what I call the Fourth Dimensiom now, and we need to be aware of our thoughts and words.  The way we manifest our reality is happening more quickly – much more quickly – so be aware!  We’ve been preparing for this time for the last two years.  So be careful what you wish for!

We also need  to get in the driver’s seat of our life.  What reality do you want to inhabit?  One of fear or one of joy?  Set your intention for the kind of world you want.  This is the beauty of this time! Remember that you can manifest easily, and keep in positivity and gratitude.

I admit to being pretty surprised by some human behaviour around the two huge events of the past week.  I was just happy for a young couple in love. Because that is what the royal wedding was all about.   I wondered why people wanted to knock it.  It was interestingly timed at the Beltane weekend in the northern hemisphere (a Celtic fertility festival which couples traditionally used to, er, couple).

We ended up watching the wedding, and my sense was that there was a lot of bigger moves at play, bringing messages of light and love in a time of confusion and rapid change.

I’m not a church-goer and as an animal sensitive, I felt the discomfort of many of the horses, but there was so much good – and  good words and thoughts said.   And I applaud that!

The sentiment of being together to help each other become all you could be really struck a chord, because that is what we all need to be doing right now.  Help each other be all we can be.  It’s about support.  It’s about community.  It is the Unity Consciousness at play.

At the other end of the spectrum was the death of bin Laden and the distasteful celebration of that death, inviting the worst of humanity to surface.  I refused to watch anything about it.

My sense is we all need to send blessings and forgiveness to the soul of bin Laden.  This heals a soul instead of diseasing it with hate.  Wouldn’t you prefer that soul came back healed and full of love, rather than twisted with hate and despair?  So bless, bless, bless – and forgive.

At the same time, and especially over the last couple of weeks, the energies have been so intense that it is causing people to behave in a way that is not peace.   The knives have been out! Grrrr!!  So we get nastiness coming out, animals  suddenly dumped or abused or both, and people’s emotions ranging from severe depression to minor irritability to lots of anger.

And that is not peace.

And let’s not forget that animals acting out at this time is simply a reflection of their people’s emotion, and the greater energies all around them.  So please understand them, and help them through this deeply crunchy time.  (Lots of rescue remedy or emergency essence for a start.)  Remember they are all telepathic  so you can’t hide your true feelings from them — that’s why it is so important to take time out if energies and other humans are getting to you.    Get your beloved on the couch in front of the fire and watch a movie curled up together.

It feels as if a big layer of skin is being taken off, leaving people feeling raw and unusually vulnerable.  My sense is it is a huge cleansing in preparation for the next leap forward.   We are in the 9th Wave until October 28,  2011 and we have intense astrology to bring us accelerated change and lift us out of third dimensional thinking and being, into fifth dimensional states.  So people might want to wake up and  keep up.  You do have a choice though.

These intense shifts comes in waves  and like I have been saying — time to jump on the surfboard. Again.  I admit that it can be tiring to get through this birth canal through to our birth, and we are all so ready for the shifting to be over  — but I’m sure you can all feel the changes.  So stay excited!

The world is truly a different place and I find myself feeling that all I want to do is hang out with the animals, potter in the garden, get the house in order, read, write and play music.  I don’t of course, because I’m flat out tending animals who are going through various processes of their own, and working to pay the bills.  Sound familiar?  But please notice what your heart yearns for, and try to do more of it.  For me, a simple morning away from the computer and phone due to a power outage gave me a wonderful gift of time in the sun with the animals, my camera, autumn colours and collecting wood.  That told me heaps about what my heart is telling me I need right now, and maybe thats the path into the next dimension — for me.  Because it is all about following your heart.  So this is now what I am turning my attention to creating – because we can create the lives we want, once we are aware of what our hearts tell us we want.

Your heart will tell you what to do.  Those flickers of excitement and smiles, that feeling of contentment and peace  – that’s your heart talking.  Listen to that!

So if people around you are behaving badly, duck. Don’t engage.  Know they are caught up in the windstorm of now.  The pressure is on, so forgive them, forgive yourself and keep putting one foot in front of the other.  It might be a good time to hole up at home until this windstorm blows over.

We are still in process for our new life and its important to be the new human  now by being courteous and kind, and helping others do the same and to be all we can be.