A Place of Peace 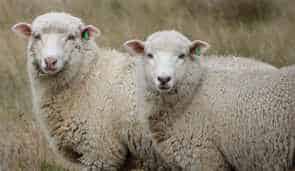 Two of the 200 young Sheep at A Place of Peace

NEWS:  We now have a new website under our official charity  – The Billie Dean Deep Peace Trust.  Check it out at www.deeppeacetrust.com

News: A Place of Peace was awarded the International 2012 Vegan of the Year Award for Outstanding Animal Rescue/Animal Rights Organisation.

We shared the win with the awesome Tower Hill Stables Animal Sanctuary in the UK.

This win was awarded to us, not just because  we care for 400 rescued animals who are considered family by our family, but because of our commitment to a vegan world, where all animals live in deep peace, free of fear.  We want to thank the judges for the recognition of our work, and pray that it provides a platform for further social change! (Award details here.)

Established in 1989, A Place of Peace currently provides a permanent home for about 400 animals, including 200 plus  sheep, over 80 cow people , over 40 horses (including 28 rescued brumbies), several  inside dogs, and over 30 goats, as well as  cats , geese, and an abundance of wildlife who find safe refuge here.

A Place of Peace  emits a resonance of peace with the intention of creating a 100th monkey tipping point into our vision and mission of deep peace for all species.

After so many decades of on the ground rescue and rehabilitation, and with my animal-centric perspective,  I have learnt so much from the animals in our care.   Many of our animals have had special needs and all are treated holistically.  While caring for those in need is our primary aim,  our focus is on education, compassionate action, and empowering people to do their part where ever they are.

A Place of Peace is a family-run, holistic animal haven, run by me (Billie Dean), my husband Andrew Einspruch (he says, “Hello”), and our daughter Tamsin (who would say hello as well, but she’s outside bringing the goats into their evening paddock).  We specialise in educating people to reconnect with nature and Mother Earth, to live passionately and compassionately, to understand the secrets of nature and animals, animal spirituality and behaviour, and healing for animals and humans. This is done through my Wisdom School as well as films, books and ebooks, audio and other products.

We normally provide updates on what is going on at A Place of Peace in Billie’s newsletter, which is free and full of information and insight.

A Place of Peace Stories 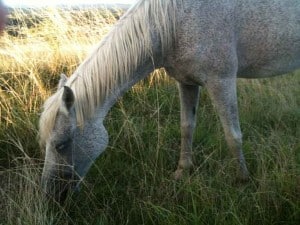 Smokey, enjoying a nibble of grass at A Place of Peace

Typical of the stories of animals who have found refuge are  Smokey who put a young trainer in hospital, was considered “flighty”, fit for experienced riders only, and had back problems. No one wanted this gorgeous and intelligent Arab — except me.  He is rehabilitating beautifully in a herd of thoroughbreds.

Rupert was an ex-racehorse going to be killed, because he was “ballistic” .  We have never seen any sign of this behaviour since he has been here.  He is rehabilitating beautifully.

Lea needed a home in the drought as her people couldn’t afford to feed her.  We noted her person’s car was a thousand times more modern than ours. 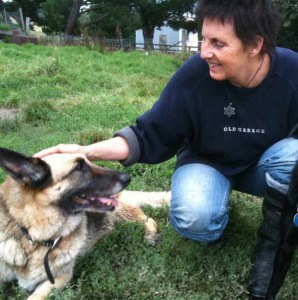 We were German Shepherd Clea’s fourth home.  Her last person got dementia and she went to live in a home where she didnt really fit.  We were told she was aggressive with other big dogs.  She was a gentle dog in a pack of seven others at our place.  As she was already ill from cancer, we provided hospice care for this very beautiful soul.

Dusty the kelpie needed an urgent home as his carer was in an abusive situation.  He arrived with what our then consulting vet at the time called “trauma”.  He walks permanently with a limp, had lost a tooth, had a massive hernia and a shot nervous system.  He bonded deeply with Andrew, who was the one who collected him from his former nightmare. 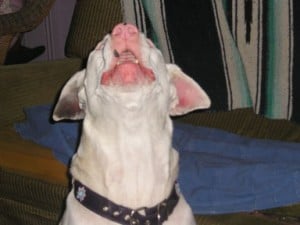 We are Willow’s third home.  She is deaf and has seizure challenges.  One of the family is  always with her.  She has intensive  holistic and conventional treatment.  She is a total delight and we love her enormously.  She is definitely a magical dog and well worth every moment of effort! 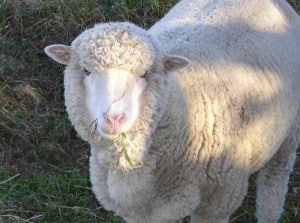 Sarah the sheep from A Place of Peace

Sarah the sheep’s mother died and she needed another.  She was brought up in the house with goats Samson and Winston, also motherless.  All the goats were hand raised in the house, drinking goats milk and slippery elm powder.  She doesn’t think t the 200 young sheep we now have in our front paddock are her species.  Sarah thinks she i a goat and hangs out with them. 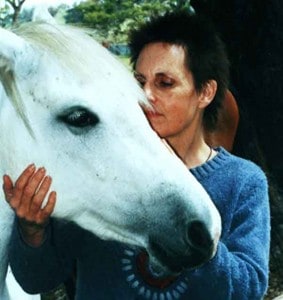 Jaffah and Maverick. Jaffah had been psychically urging Billie to give her a home and Billie felt an urgency to move them from their Canberra agistment. Three days later, the devastating 2003 Canberra fires hit.  Jaffah and Maverick’s home paddocks were struck by a fireball, and their shocked previous person said the horses would certainly have died, as she was in another part of the city, struggling to save her home with two small children in tow.

The ponies Erin and Tammy were both victims of drought. Erin desperately needed a new home when hay soared to $25 per bale. Tammy was found starving on agistment.  Tammy had a happy life here at A Place of Peace, and has now passed.  Erin has won my heart and wants to be a movie star.  So she is photographed over and over!!